The mainstream media just couldn’t wrap their heads around that slippery Pepe the Frog.

They must have sensed that their readers were baffled with Hillary’s fixation on the little green fella.  Once more, it was very apparent (at least, to the rest of us) that the public at large wasn’t swallowing Madame President’s “fascist cartoon mascot” narrative.

The topic was trending, google searches were peaking, and the value of 4chan’s rare Pepe stock had never been higher.  What an opportunity for professional journalists!

To satiate the market’s demand for the real story on Pepe, the mainstream media journalists would need to actually do their jobs.

“Me, a mainstream journalist?  Track down the real story on an icky evil racist thing?!?!” they cried–shocked, triggered, and appalled at the idea.  “Not gonna happen!  After all, I might get offended!”

So in a last-ditch effort to avoid soiling their hands with nasty-wasty white people stuff, one mainstream media hydra-head turned to Pepe the Frog’s original creator, Matt Furie, to spoonfeed them the answers that their readers were craving instead.

To absolutely nobody’s surprise, Mr. Furie–a proud Hillary supporter–was also largely clueless about the underground internet subculture that co-opted his character eight years ago.  But at one point he was lucid enough to almost hit on what was going on. Sort of.

One of the mutations of Pepe, he’s gone through happy, to sad, to all these different things, to people remixing it in these different ways.  I think the smug version of Pepe, which is him just having a smug look on his face, his thumb under his chin, that one was kind of adopted into the Trump supporters’ campaign or whatever, and kind of encompasses the archetype of a smug character.  I think Donald Trump is kind of a cartoon character himself, so I think it was just a natural thing, maybe to appeal to younger people or something.

“…maybe to appeal to young people or something.”  Well, that’s a pretty weak attempt at explaining Smug Pepe, in my opinion.  But if a few years ago–had you asked me to explain why the ever-forlorn frog man was suddenly so puffed up–I couldn’t have done much better.

The widespread confusion over Pepe’s evolution into Smug Pepe at the hands of 4chan (long before candidate Trump or the 2016 election came along, mind you) was actually built into the meme.  A chorus of “Why so smug, Pepe?” rang out on 4chan wherever the gloating green face was posted.  For years, nobody really had an answer.

In typical meme magic fashion, the answer was a secret that only the future could reveal.  And an outcome that nobody could predict.

Once again, here it was, right under our noses the whole time: waiting patiently for us to look back on and say, “Huh…that’s a really weird coincidence now that X has happened, isn’t it?” It’s just like the hieroglyphs, just like the P.E.P.E. song, and just like the rest of the unlikely Pepe the Frog-related flukes I first wrote about here.

Just one more magic Pepe for the pile.

You mean what’s next for Pepe, and Kek, and the stalwart meme magicians of 4chan’s /Politically Incorrect/?

Once again, the answer is probably right in front of us, but only time will tell.  Personally, I’m hoping that the mainstream media’s fountain of butthurt keeps flowing,  and that we see a smooth transition into Comfy Pepe for the remainder of Trump’s reign. 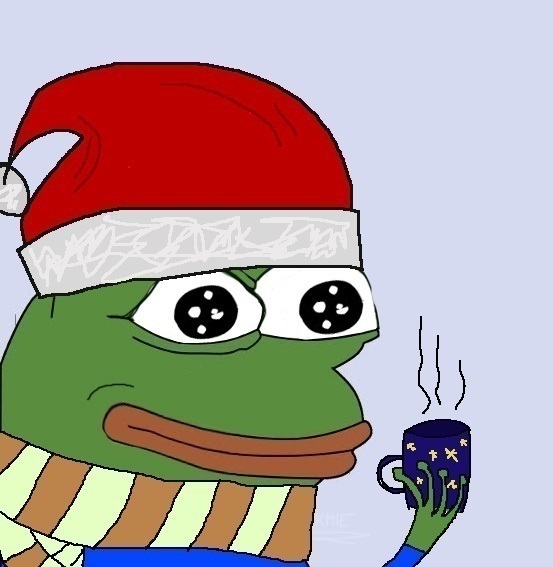 But a god of chaos works in mysterious ways, so I’m not betting on it. Speaking of chaos, Trump’s new president-elect status alone has seeded a fair share of entropy, hasn’t it? Protests abound, monuments being vandalized, and entire political systems being called into question.

It would seem as though Kek’s work has only just begun.  But what is his end game?

Surprisingly, the more I and the rest of /pol/ “interact” with Kek, the more likely it seems that this entity does, in fact, have a clear ending in mind.  So rest assured that I’ll continue to share where this whole thing is headed as it develops.

In the meantime, there’s plenty of already-established territory that I haven’t even started to cover: like an intricate /pol/ prophecy that goes far beyond the election of President Trump.  Or that one time 4chan meme magicked a new Ebola outbreak into existence.  All that crap is coming, and you can keep an ear to the ground on this supernatural shitshow by following me on Gab.

And hey, since I’m already shilling, why not check out my book as well?  If you’ve been following current events at all this past year, you’re probably starting to realize that reality is a lot stranger than you thought.  My book, You’re Imagining Things, is all about how and why that is–and how you personally can take advantage of it for your own selfish interests. You can click on the image below to purchase a copy from Amazon. Shadilay.

This site is what you make of it.

Could Kek actually be an angel / aspect / projection of [insert god of choice]?

Could worshipping / praying to Kek help me with “X”?

Nothing we know of Kek suggests that he’s a wish granter in that sense. It seems unlikely he will help you on an individual level.

But Kek aside: countless people throughout history have used the same principles behind “meme magic” to enact their Will unto the universe and make incredible things happen in their lives.

If that prospect interests you, I have found no better resource than Extraoddinary's masterclass on magick.

The author has streamlined centuries of esoteric knowledge and practice into one easily understood course. I really can not praise it enough.

How can I get in contact with the writer of this article?

I’m a hack fraud, can I steal this crap and pass it off as my own?

No, but if to do so is your Will, I cannot stop you.